The Varsity Pinnacle Award was new last year to The Summit and The D2 Summit, created to recognize athletes that exemplify the core #AllStarStrong characteristics of Teamwork, Dedication, Confidence and Leadership. Preceding the events, coaches, friends, family, and athletes had the opportunity to nominate a fellow team or athlete who embodied one of the main #AllStarStrong characteristics.

With roughly 1200 nominations, these extraordinary cheerleaders and dancers were chosen for demonstrating #AllStarStrong qualities, not only on their team but within their communities. Let’s congratulate the 2019 Varsity Pinnacle Award Winners from The D2 Summit!

As a first-year member of the US National Team in the Adaptive Abilities Division, first-year assistant coach in the Pierce Athletics Cheer program, and 6th-year member of the program, Jayden Pierce of Pierce Athletics exudes leadership and passion inside and out of the gym. From honor roll at his high school to member of the principal’s advisory board, Jayden was also selected to lead his high school cross country team. With many activities and leadership roles in his repertoire, Jayden exhibits dedication, a positive attitude, and the drive the lead and teach the younger athletes around him. Throughout his time with Pierce Athletics, Jayden has proved that his presence at the gym is more than a hobby; he has a purpose. After suffering a first diagnosis of aggressive brain cancer at just four years old, and another diagnosis in 2017, Jayden is currently being monitored as an eleven-year cancer survivor. With the massive mountain, he’s had to overcome, Jayden has continually impressed others with his ability to motivate himself and others while maintaining a fierce work ethic.

Before the Pythons of Venom Elite All-Stars FIRST competition, the squad’s coach, Rudy Nunez suddenly and tragically passed away at just thirty years old. Starting out rough and not placing at their first two competitions, the team then changed their mentality the third time around, expressing to each other they were going to stick their routine for Coach Rudy. More passion at practice radiated, support towards each other beamed across the mat, and each girl lifted each other up, physically and emotionally. Improving each day, the team dedicates each competition to their coach moments before they step foot on the mat, honoring his name during the pyramid section of their routine. The Pythons from Venom Elite have demonstrated what it takes to rise above adversity and overcome even the most heartbreaking of circumstances.

In the face of adversity, Macey Upchurch of East Tennessee Cheer has battled severe scoliosis since sixth grade but continued to tumble and cheer even though it has brought her physical pain since. Macey encourages the girls on her squad to push through their “limitations” to achieve success, despite any setbacks they come across. Devoted to achieving greatness, Macey is steadfast in other aspects; whether she is a base, back spot or flyer, she reassures each girl, as she is just grateful to be a part of a team. In addition to cheerleading, Macey has traveled to Belize, Brazil, Kenya, Uganda, and Haiti on mission trips, spreading joy and persistence to other children. Each day Macey cheers is a tricky endeavor, though she never limits her scope of possible endeavors as the confidence she carries keeps her adaptable to any opportunity she may encounter.

Born in Kinshasa, the Democratic Republic of the Congo, Judah Lee was orphaned at just one-year-old, spending 15 months in a resource deprived orphanage in the eighth poorest country in the world. Adopted officially at the age of three, Judah was severely malnourished coming to the US. At four years old, aside from learning a new family, culture, and language, Judah began to learn tumbling tricks by watching the older neighborhood kids and YouTube videos. Beginning tumbling classes at five years old, he started his first year of cheerleading with Midwest Elite at seven years old. Judah can always be found dancing and tumbling while teaching himself new tricks at open gyms and on his backyard trampoline. Judah is a prime example of what it means to dedicate your full self to a goal in mind, despite what difficult setbacks have occurred in the past.

After severe damage from Hurricane Florence last September, Cheer Infinity of Wilmington, NC looked for light as school was held out for eight weeks, power outages occurred, and wind and water damage took over the region. Just finishing choreography for the 2018-2019 season, some Cheer Infinity teams missed up to one month’s worth of practice, setting back confidence, skill, and refinery. In spite of the catastrophic weather events, Cheer Infinity’s squads managed to receive four bids through December and January for D2 Summit, making history for their program, along with two teams officially taking the mat at D2 Summit. Cheer Infinity has verified not even the earth’s most treacherous disaster can stop them. 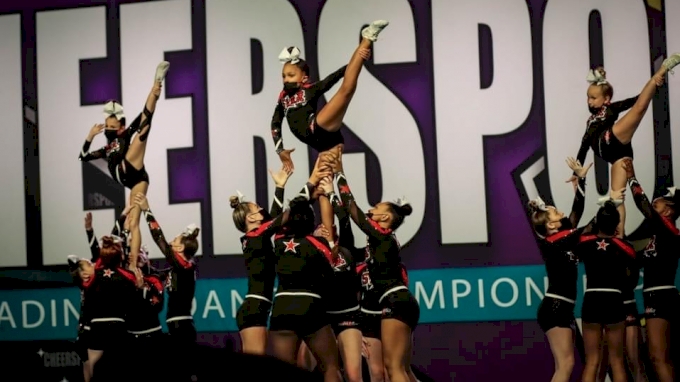 The U.S. Finals Pensacola is quickly approaching and the Diamonds from Star Athletics are set to take on the championship and they are working hard to make sure they earn their highest score of the season. The wait is over and this weekend The Varsity All Star Regional Summit Championships are going virtual! It's the final countdown to one of the most exciting events of the year! The Varsity TV crew is making their way to Louisville, Kentucky to bring you live coverage from The U.S. Finals: Louisville streaming on April 17-18th.