Since its first year in 1999, the American Grand has become a premier bid event that attracts teams from all over the country.  With a beautiful venue and hotel, top-notch production and lights, an amazing bid package and awards that everyone is proud to show off, the American Grand in Las Vegas is a December destination to add to your list!

Over the years, the American Grand has found its home in a few different venues.  Starting at the MGM Grand Hotel, the event eventually moved to the Planet Hollywood Resort and then to the Mirage, where it currently resides.  In some seasons, the Grand has been host to nearly 300 teams and it has truly become a can’t miss show for athletes and spectators alike. The iconic volcano of the Mirage in Las Vegas greets competitors and support groups as they check in for the weekend.  With hotel rooms, dozens of restaurants, and the event itself all under one roof, the Mirage is a convenient home away from home.  Nearly everyone ‘takes the elevator’ to the competition and there is no need to drive until after the event.

The American Grand has a robust bid offering.  With opportunities to earn bids to The Cheerleading Worlds, The Summit, The D2 Summit, The Regional Summit, The U.S. Finals, and The Quest, there is something for everyone! Winners of all Elite divisions receive letterman’s jackets and medallions; teams take home cloth banners.  Specialty recognition for categories like Top Choreography are also awarded.

So much has changed in 2020 and the team at the American Championships is working hard to responsibly produce a safe event that so many have to come to enjoy.

Join us this season by registering your team here! The 2020 NDA November Virtual Championship has come to a close and we can't help but reminisce on all the teams that graced Varsity TV with their incredible routines. That's a wrap for 2020 NCA & NDA November Virtual Championship! We had so much fun watching all the talented teams compete this weekend on Varsity TV. 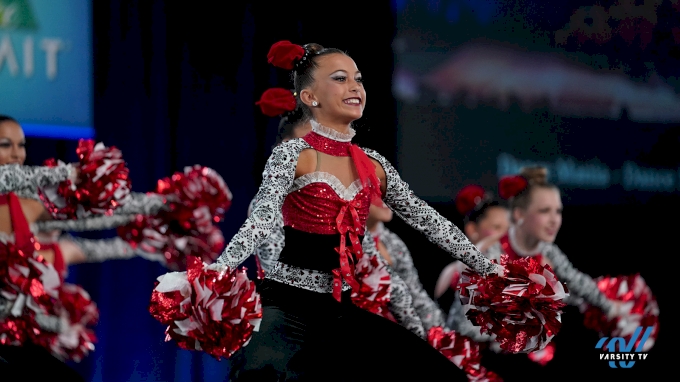 That's a wrap for Event V of the 2020 Varsity All Star Virtual Competition Series! We are officially halfway through the 2020 Varsity All Star Virtual Competition Series!