What are #NDAstaff up to?

Ever wonder what NDA Staff are up to when they aren’t at NDA Summer Camp?

Besides working with you and your team at NDA Summer Camp, the NDA Staff have been up to some exciting activities this summer! Check out what your favorite buddy has been up to, then be sure to follow them on Instagram to keep up with their NDA Summer Camp adventures!

NDA Jessica (@nda_jessica) is a Student and a Coach

“This summer I started grad school for Applied Behavior Analysis with an emphasis in autism! I just attended NDA College Camp as a coach with West Virginia University and now I’m stepping back into red, white and blue to finish my summer as an instructor with NDA.”

“Aside from working several NDA summer camps, I am leaving for Spain where I will be hiking the Camino de Santiago de Compostela for 5 days before vacationing in Redondela, Spain.”

“This summer I’ve been in training camp for the Miami Dolphins Cheerleaders! In just two weeks, we will find out who will be a part of the 2019-2020 team (fingers crossed). I also traveled to Spain, Amsterdam, Austria, & Germany with my family.”

“Recently, I’ve accepted not one but TWO new jobs and could not be more excited. I will be coaching the UMKC Dance Team and cannot wait to be in Daytona for the first time as a coach. Aside from work, I’ve been enjoying my Midwest summer going to the lake, attending concerts and sporting events.”

“Surprisingly summers are slow for the Private Jet Travelers. So when I’m home and waiting for a call to take flight, I have fun with my puppy or coach my high school dance team. Working camps has been amazing, but I’m looking forward to traveling to Napa and New York soon.”

NDA Kia (@nda_kia) is Repping the Purple and White

“Not only have I worked several NDA Summer Camps, but I was also lucky enough to attend one as a camper. My team, the Kansas State University Classy Cats, attended NDA College Camp at North West Missouri State University where we earned a bid to nationals. Daytona Beach, here we come!” 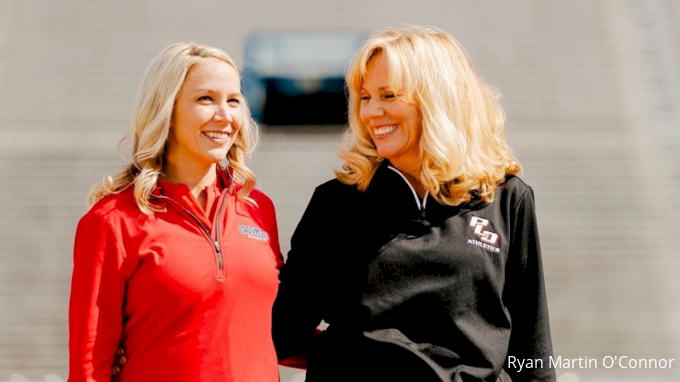 Western Kentucky University has been a strong competitor in Division IA at the UCA & UDA College Cheerleading and Dance Team National Championship for many years, but the Toppers' most recent addition to the program is sure to have them climbing the ranks even higher for years to come.

Dance team auditions are in full swing and this season they look a little different… Most teams are transitioning from in-person auditions to video auditions. This switch can be confusing or uncomfortable, but we are here to help! Here are 5 tips to help you smash your video audition and land a spot on your […]