This year NCA & NDA celebrated not just one, but two special anniversaries on the sunny shores of Daytona Beach. 2021 marks the 40th Anniversary of the NCA & NDA Collegiate Cheer and Dance Championship as well as 25 years of hosting the event in Daytona Beach, Florida. The celebration would have taken place in 2020 but was postponed when the event was cancelled in due to COVID-19.

Since 1996 collegiate cheer and dance teams have gathered in Daytona Beach bringing incredible talent, university traditions and an outstanding amount of school pride. Starting at a humble beginning of just 1,000 athletes, NCA & NDA Collegiate Nationals has now grown to be the largest college cheer and dance championship with more than 7,000 athletes and 5,000 spectators in recent years. The atmosphere of the event is like no other as teams leave their legacy on the famous floors of the Daytona Beach Bandshell and Ocean Center. This championship is dedicated to not only providing a platform for teams to showcase their athleticism but also bring to light the vital roles they play in their universities as student athletes.

To commemorate this special occasion in NCA & NDA’s history, the County Council of Volusia County, Florida joined NCA & NDA on the Bandshell April 9, 2021 to proclaim April 7-11, 2021 as “NCA & NDA Collegiate Cheer and Dance Championship Days” and presented NCA & NDA Senior Vice President, Bill Boggs, with the Seal of The City of Daytona Beach, Florida. In return, NCA & NDA presented the city with the coveted golden megaphone trophy to celebrate the amazing partnership and warm welcome the city has always provided throughout the years.

This championship holds a copious amount of tradition, excellence and one-of-a-kind memories. NCA & NDA are proud to host this incredible event with the City of Daytona Beach. As the 2021 championship safely wraps up, NCA & NDA look forward to giving more collegiate teams the chance to safely celebrate doing what they love and proving the work is worth it![/vc_column_text][/vc_column][/vc_row] That's a wrap for the 2022 NCA & NDA Collegiate Cheer and Dance Championship! The 2022 NCA & NDA Collegiate Cheer and Dance Championship is underway now and college dance fans are tuning in to see some of their favorite teams perform under the bright lights at Ocean Center in Daytona Beach, Florida. 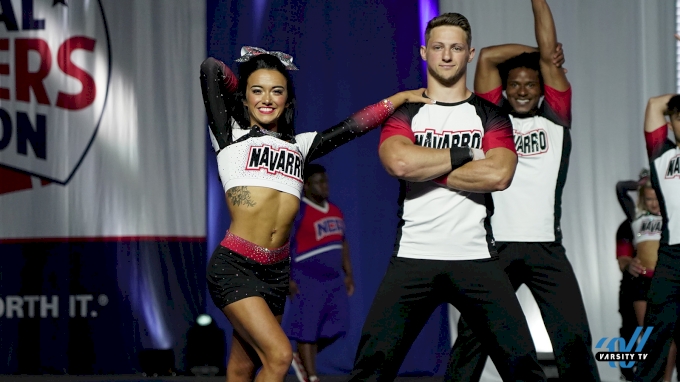 Day 1 is wrapping here in Daytona Beach, Florida, and tomorrow these collegiate spirit programs will have one last chance to put on a performance of a lifetime that will impress the judges and prove that the work is worth it. 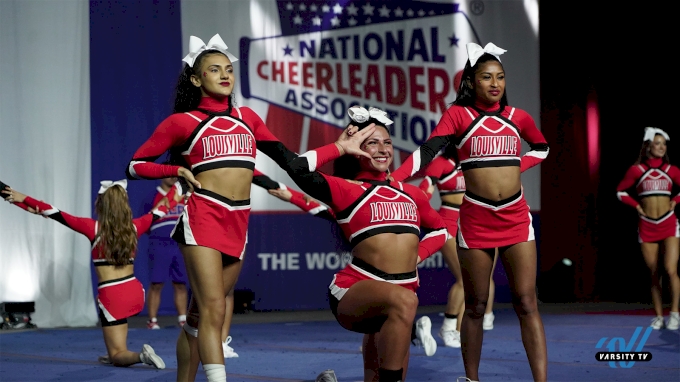 The Day 1 performances for Advanced All-Girl Division IA just wrapped up and we are in awe of all the talent we witnessed today at the 2022 NCA & NDA Collegiate Cheer and Dance Championship!