Spirit Rally is NOT a traditional Cheer competition, but rather the display of true Game Day material designed to promote and engage crowd participation in support of the school’s athletic teams.  While the incorporation of cheer skills do consider into the scoring, so does the opinion of the judges as to how applicable such skills are to a live Game Day scenario and environment.  Much of the scoring is subjective in terms of overall performance development and implementation, as well as the overall crowd appeal and entertainment value.

The Band Chant performance (if included) should consist of traditional school band chant.  Band chants should promote crowd response and participation.  All participants should be performing in a coordinated fashion utilizing crowd-response props and visual tools.  Skill incorporations should require minimal formation transitions and be conducive to spontaneous start in a real Game Day or Pep Rally situation.  Motion technique, energy level, facial expressions, body language and crowd interaction are all key factors in the scoring of this category.

The Crowd-Leading section should be without music and consist of at least one cheer and one sideline chant.  Formation and level changes are relevant in this section as desired or required for visual affect, and all crowd-leading props should be incorporated (signs, poms, flags, megaphones).  Again, it is important for the team to be performing in a coordinated fashion to provide a structured appearance that is visually appealing.  The focus should be to create a simple and easy to understand method for crowd response while utilizing body language, eye contact, energy level and crowd interaction skills in addition to visual props.

The Fight Song segment should be the school’s traditional fight song at its normal pace and length as it would be played in a Game Day or pep rally setting.  Cheerleaders should begin in traditional sideline formation displaying a traditional Game Day fight song performance.  Transitions should be limited for visual affect, skill incorporations or the ending portion of the fight song for the conclusion.  Skills should be easily incorporated at a quick pace (1-2 8-counts) and appear effortless.  Synchronized skills would add value when performed with a high level of execution.  Motion technique, facial expressions and eye contact, as well as overall execution and performance appeal will factor into the scoring in this section.  The school fight song is commonly played numerous times during an athletic event, so the design and performance should be conducive to spontaneous and repetitive execution with ease.

Spirit Rally is NOT a traditional dance category, but rather the display of true Game Day material designed to promote and engage crowd participation to generate school spirit.  Scoring will be based on the dancers ability to create crowd appeal and entertainment value true to their school’s game day.

Routine should be comprised of visual effects that are relevant to game day (typically performed on the sidelines/court); choreography that represents your schools traditional Fight Song that teams perform at games and within the community. Characteristics of a Fight Song include motion work, crowd interaction and other traditional engagement. Skills and choreography should represent a traditional Fight Song that your team performs at games and community events. Recorded band music will be used. Scoring in this section is based on the ability of the performers to perform a traditional school fight song displaying high energy and solid performance techniques effectively and accurately.

Routine should showcase the team’s energy and connection to the crowd with high energy, game day specific choreography designed for entertainment in either jazz, pom, hip hop or kick or any combination of these styles. This routine is pre-planned and choreographed to a specific piece of music; a highlight piece for the dance team at a game. The routine should complement the team’s strengths while also providing exceptional visuals and crowd appeal. This portion has a maximum time limit of 1:00 minute.

NCA & NDA reserve the right to combine or restructure regions should any region have less than 3 participating teams per cheer and dance category. 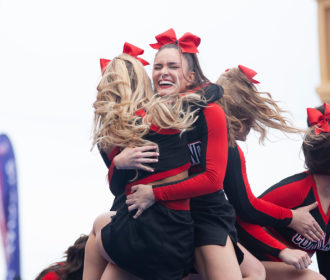 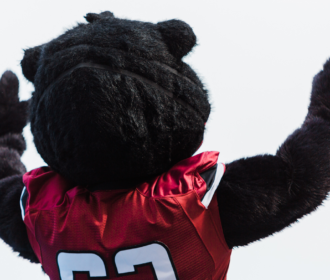