The Work Is Worth It.

1) CAMP QUALIFICATION
Teams can qualify for nationals by participating in the Home Routine and/or Team Dance Evaluation (taught at camp) at a 2021 NDA Camp. Click here to start your journey to nationals at an NDA Camp or contact your State Director to set up a Home Camp.

Attending an NDA Summer Camp allows you to receive special benefits at the NDA National Championship! These include:

2) VIDEO QUALIFICATION
NEW! In order to qualify by video for the 2022 NDA National Championship, teams will need to pay a $250 fee along with the video qualification form. Payment must be submitted prior to sending in your video.

3) REGIONAL CHAMPIONSHIPS OR CLASSIC CHAMPIONSHIPS
Teams may qualify for the 2022 NDA National Championship at an NDA Championship by January 23, 2022, by placing in the top three in their division or scoring a 7.0 or above. Note: No prior qualification is required to compete in NDA Classic and Regional Championships. Click here to learn more about NDA Competitions!

2022 Registration Form:
Be sure to download and save to your computer before completing form.

Taking your routine to the next level is easy with NDA’s newest industry-leading cleaning tool! Get a professional’s perspective and feedback. NDA will select an expert to provide objective verbal and written feedback. Helping your team enhance their technical skills, movement quality, uniformity, spacing, formations, staging and much more! There is no better way to catch mistakes and critique a routine than seeking a fresh perspective – NDA’s Digital Dance Critique does just that!

We love to feature teams and athletes on social media and in videos. Please take a few minutes to let us know more about your team:
Fill Out Online Form

Tell your community about your trip to NDA Nationals. Fill out the Press Release below with your information and send to your local newspaper!

View past championship coverage – including results, routine videos, and articles:

The Work Is Worth It

Relive the talent, emotion and excitement through these highlights of the 2021 NDA National Championship! 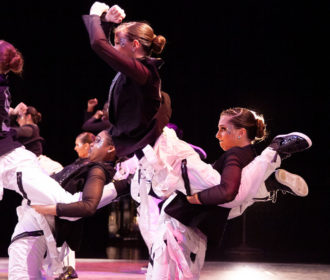