Lead with UCA Spirit Year Round as a Crowd Leader, Spirit Raiser, Ambassador, Entertainer and Athlete. From Camp, to Game Day, to Competition – it starts with UCA!

At UCA Summer Camp teams will perform a Band Chant, Situational Sideline and Cheer in that order. The Sideline and Cheer will be evaluated separately, allowing teams to receive feedback from the UCA Staff and a ribbon based on the performance. The Band Chant will not be evaluated but will be added to the overall Game Day performance and be included as part of the Game Day Championships on the final day of camp. The use of spirit raising props like signs, poms, megaphones or flags is highly encouraged for each element. Squads are also encouraged to incorporate practical skills that enhance their crowd leading ability. (NOTE: Please review skill restrictions below.)

BAND CHANT: Teams should demonstrate spirit and enthusiasm while entering the performance surface and before the music begins. A cue will not be given to start the Band Chant. Once the music begins, the Band Chant cannot incorporate any skill other than kicks and jumps but should showcase the squad’s sharp motions, high energy and synchronization. Material for the Band Chant will be taught at camp and set during the Game Day Practice with the UCA Staff. Teams may use the motions/dance taught at camp or material from home.

SITUATIONAL SIDELINE: Following the Band Chant, teams should continue to display genuine spirit and enthusiasm until the announcer cues which sideline to perform – either offense or defense. Teams will be private coached and prepared by the UCA Staff for both scenarios. We strongly encourage the use of practical skills (stunts or tumbling) that still allow the squad to adjust quickly to either situation. After the Sideline, teams must return to the performance surface and show a clear separation before the next element.

CHEER / CROWD LEADING: The final element can consist of a cheer learned at camp or other crowd leading material from home. Since this element will not be cued by the announcer, teams should transition to this section following a clear end to the Sideline. The UCA Staff will private coach the squads on this element to encourage the use of proper game day material, motions and practical skills that would elicit a positive crowd response in a game day environment.

The format for Regionals and Nationals is inspired by what teams do at home and is similar to camp with the addition of Fight Song as a fourth element. Teams are permitted, but not required, to use camp material to demonstrate the game day environment at their school. With all four elements combined, the Game Day performance cannot exceed a 3 minute time limit. All skill restrictions below will be enforced.

BAND CHANT: The Band Chant will be consistent with the summer camp format. Teams should demonstrate spirit and enthusiasm while entering the performance floor and before the music begins. A cue will not be given to start the Band Chant. Once the music begins, the teams cannot incorporate any skills other than kicks and jumps, just like summer camp. Squads should utilize spirit raising props and focus on creative movements such as level changes or ripples, execution of the material and encouraging the crowd to participate.

SITUATIONAL SIDELINE: Following the Band Chant, the announcer will provide a cue for offense or defense. Teams should wait until the announcer finishes the cue and show the proper response to the game day situation. Squads should focus on crowd effectiveness, motion technique and skills relevant to a game day environment. NOTE: It is a requirement to incorporate skills into the Sideline (stunts and/or tumbling, if the division allows). Please review skill restrictions below.

CROWD LEADING: Following the Sideline, teams must return to the performance surface and show a clear separation between elements. Teams can show spirited interaction as a clear transition into the Crowd Leading material but are not allowed to stunt. Crowd Leading can include a cheer reflective of a timeout, general sideline / spell-out or other cheer material with minimal words, inciting a response and encouraging a crowd to yell along. Teams are required to incorporate spirit props and practical skills (stunts and/or tumbling, if the division allows).

FIGHT SONG: The final element should reflect your school’s traditional Fight Song. Teams should incorporate crowd effective skills (stunts and/or tumbling, if the division allows) and can include spirit raising props to enhance the overall effect. Fight Song incorporation is limited to three (3) consecutive 8-counts of stunts and/or tumbling. Counting will begin with the initiation of a skill and continue until either the incorporation is complete or the end of the 3rd 8-count. (If the Fight Song repeats, the incorporation will only be permitted both times if the skills are repeated exactly the same.) For teams that do not have an official Fight Song, it is recommended to use a second selection of band chant music. Music guidelines are available at varsity.com/music.

Check out the videos below for inside tips on making your Game Day Competition performance the best it can be. Good luck at your UCA Regional Competition and the UCA National High School Cheerleading Championship!

Inspired by the sights and sounds of a school’s Friday night football game, this new division takes the current Game Day Competition format – Band Chant, Situational Sideline, Crowd Leading and Fight Song – to the next level with LIVE MUSIC from your pep band. Click HERE to learn more! 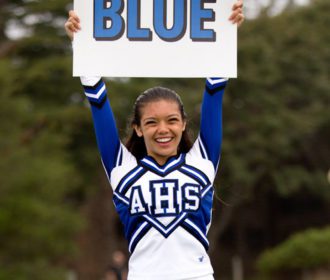 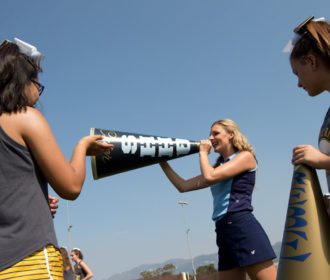 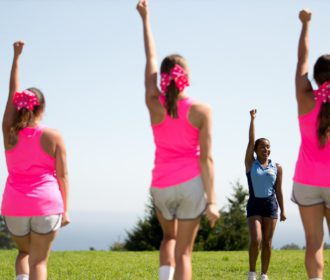 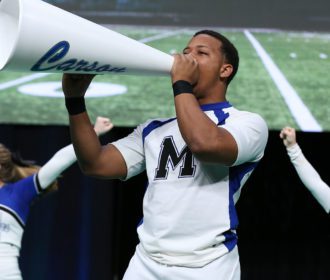 Game Day at the UCA & UDA College Cheerleading and Dance Team National Championship is back for the second year! Celebrate our 25th anniversary at the Walt Disney World Resort with us January 18-20th, 2019 at the Game Day Championship!

What Game Day situation audio cues will squads respond to?

What Game Day situation audio cues will squads respond to?

The order for your Game Day evaluation will be random based on audio cues. Teams will be judged on execution, crowd effectiveness, energy and overall performance. Example cues below. 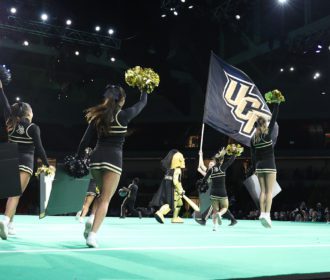 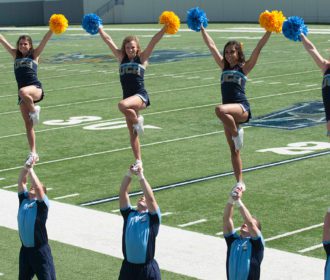 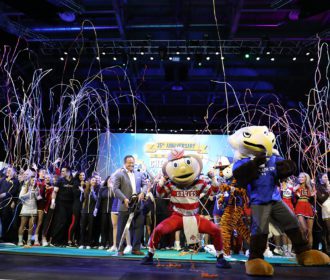