Fine tune your team this season!

Summer might be over, but you can still learn and grow as you head into your season. Work with an NDA Instructor in-person or VIRTUALLY to learn personalized material based on your teams needs – the fall opportunities are endless!

Explore the options below, then contact your NDA State Director to learn more and register!

Let us bring the Summer Camp experience to you at an NDA Home Camp! Choose your dates, customize your camp schedule, and receive one-on-one instruction from our top instructors – right on your home turf.

Learn up to 2 routine reviews per day (1 hour per review) selected from material download, Technique Class, Game Day Class and Team Building classes. A $1000 material download is required. You can also add on options such as Leadership Training & Custom Choreography. Choose from either 3, 6, or 9 hours of total instruction.

Prepare for competition with our NEW Virtual Guest Coaching Program! Practice with one of our renowned coaches/industry experts and focus on Routine Reviews, Game Day Training, Strength/Conditioning and more!

Similar to our Unleashed Master Classes at NDA Summer Camp, this Virtual offering is available to any dancer interested in taking class with industry choreographers, from the comfort of your own home! Wanda Brown Weir is the former 3 year Director/Choreographer of the NBA Washington Wizards Dance Team. Prior to joining the Wizards Dance Team as a dancer in 2003, Wanda was a member of the Washington Redskins Cheerleaders for two years. Wanda is a former head instructor and territorial manager for Universal Dance Association and sales representative with Varsity Spirit Fashion. Wanda is also the former captain/choreographer of the multi- national champion Towson University Dance Team and former coach of the George Washington University “First Ladies” Dance Team. For over twenty years, Wanda has judged for many local, state and national competitions including The Dance Worlds (10 year veteran judge), UDA and NDA high school, all-star and collegiate championships & nationals. Currently, Wanda is Owner/Creative Director for Premier Dance DC and Head Coach for Catholic University. Wanda is a sought after dance fitness consultant, speaker and motivational coach. Wanda currently lives in Northern VA with her husband and two daughters, ages 6 and 7. Carly Blaney is a professional dancer with Bloc Talent Agency in Los Angeles. She was a finalist on the hit FOX television show “So You Think You Can Dance.” After finishing in the top 12, she then continued on to tour 77 cities across the United States and Canada. Since moving to Los Angeles, Carly has been able to pursue her dream as a professional dancer. Recently she was in Meghan Trainor’s and Nicki Minaj’s new music video “Nice To Meet Ya”. She has performed with Jennifer Lopez at the American Music Awards. Carly has also performed on the Grammy Awards with James Corden, the Emmy Awards with Stephen Colbert, and she also has performed at the Latin American Music Awards two years in a row with numerous artists such as Becky G and Pitbull. She also has appeared in various different music videos such as Carly Rae Jepsen, HRVY, Brynn Cartelli to name a few, commercials such as Chevy and Weinerschnitzel, and television shows such as Saved By The Bell and Them Covenant. She has also appeared in a national campaign with Fabletics! Carly has had the opportunity to work for amazing choreographers such as: Mandy Moore, Travis Wall, Marguerite Derricks, Charm La’Donna, NappyTabs, Will Loftis, Kenny Wormald, Richie Jackson, Chris Scott, Kyle Hanagami, Liz Imperio, Will Loftis and many more. Carly also had a huge passion for teaching upcoming generations. She has had the opportunity to travel across the country, choreographing, teaching master classes, judging and teaching on conventions.

We have rising and top choreographers for all levels and genres! Routine videos are sent straight to you with front and back view to easily learn from. Request choreography for:

Submit a Request For Choreography

Four options have been considered to safely and responsibly host events for the 2020-21 season. Please note this is a fluid situation and subject to change. Check our website for the most up to date information on NDA Competitions this season.

This season might look a little different, but we are determined to bring the same great NCA & NDA championship atmosphere you have come to know safely and virtually to you in our NCA & NDA November Virtual Championship. 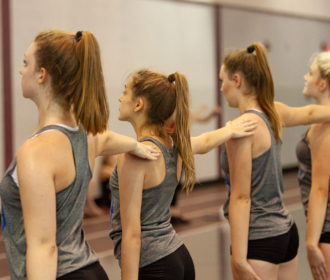 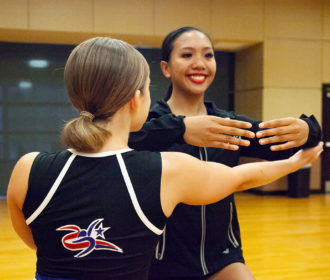