See below for all 2022 National Dance Team Championship Information:

The Moderate option for the travel package is at capacity.  At this time, the Value option is still available.

Available for family or friends not included in one of the travel packages. This includes up to five days admission into ESPN Wide World of Sports® Complex.  Tickets will be available for purchase through January 14, 2022.  Park Hopper tickets will not be sold at the event.

You may upgrade the ticket that is included in your package for the rates below. This can be noted in the “ADD ON” step of the registration process.  Any extra tickets for family members must be purchased through the “Discounted Tickets” link on the main registration page.

To help manage park capacity, the Walt Disney World Resort has introduced the Disney Park Pass service, a new Theme Park reservation system. In order to make your Theme Park reservations, you will need a My Disney Experiences account and valid Theme Park admission linked to it.  Once you are paid in full, approximately 7-10 business days later, Varsity Spirit will send you a ticket confirmation order number. Then, simply create a My Disney Experience account and select the dates and Theme Parks you wish to visit. To enter a Theme Park, both a reservation and valid admission for the same Park on the same date are required. Please note that reservations are limited in capacity, subject to availability and are not guaranteed until confirmed. If the first park you would like to attend reaches capacity, you can make a reservation for another park and then “hop” to your top choice after 2PM that day. Park availability is very limited and Varsity Spirit will not be able to assist with park reservations.

Congratulations on your bid to the 2022 National Dance Team Championship! We have developed Press Release Templates for you to promote your success this season to your local media market. These templates that you can personalize for your program by simply replacing the words in brackets with your own program’s name throughout. Once complete, you can send it to your local radio, TV, and newspapers. Including quality photos of your team in action will increase your chances of being published or contacted for additional information.

If you are flying to Orlando International Airport, we recommend you use ALTOUR to make your flight arrangements. If there are flight delays or weather cancellations on arrival or departure days, they will be able to accommodate you better with tickets purchased through ALTOUR. To purchase flights call 1-866-719-0379.

Travel Tips – Be prepared for your trip to the magical Walt Disney World Resort:

Spirit Video: Teams competing in Game Day at NDTC will submit a video prior to the championship that will include footage of the dance team in school and in the community. There is a possible total of 15 total points to be earned and these will be played at the beginning of the team’s performance at NDTC. For more information on Spirit Videos, click HERE.

Fight Song: The first element should reflect your school’s traditional Fight Song. The skills and choreography should represent the traditional Fight Song that your team performs at games and community events. Teams can choose to incorporate crowd effective skills to enhance the overall effect. For teams that do not have an official Fight Song, it is recommended to use the second selection of band chant music. Music guidelines are available at varsity.com/music.

Spirit Raising Performance: This element will follow the Fight Song. There will NOT be a cue given by the announcer. Teams will choose to perform ONE of the following elements; Sideline Routine, Stand Routine, or Drum Cadence. Squads should focus on crowd appeal, and choreography/skills need to be relevant to a game-day environment. These can be performed to band music or a piece of popular music. Music guidelines are available at varsity.com/music.

Performance Routine: The final element is a 1:00 routine that can be in any of the following styles: Pom, Jazz, Kick, or Hip Hop. There will NOT be a cue given by the announcer. These routines should be designed for crowd entertainment and would be something your team would perform during a timeout or halftime. This is the best time showcase your team’s energy and connection to the crowd.

Teams must show a clear separation between elements. Teams are highly encouraged to show spirited interaction as a clear transition.

The format for Game Day is inspired by what teams do at home throughout their season. With all three elements combined, the Game Day performance cannot exceed a 3:30 time limit (Spirit Video will not count toward the overall time limit.)

Learn more about the Varsity All Star Worlds Bid Scale.

To attend the National Dance Team Championship, teams must first qualify by receiving one of the following:

* Teams must attend an overnight camp, day camp, or home camp that is at least 2 days in length to be eligible
+ Teams will continue to qualify for a Superior trophy at overnight and day camps by athletes being evaluated in all routine evaluations. To qualify for a Superior trophy at home camps each athlete must be evaluated on a minimum of 2 camp routines.
All Star teams DO NOT have to qualify for the 2022 National Dance Team Championship. 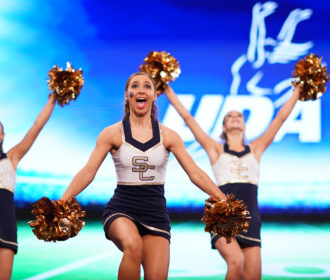 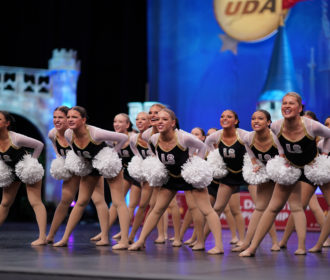 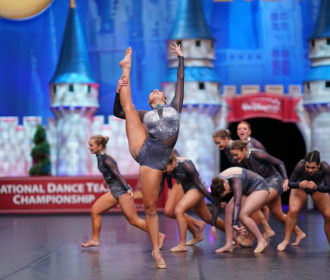 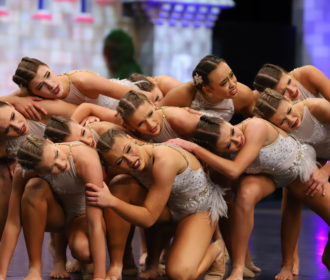 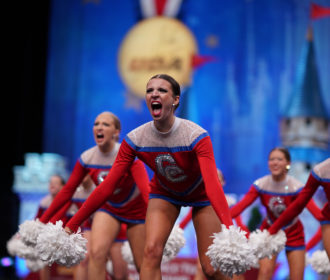 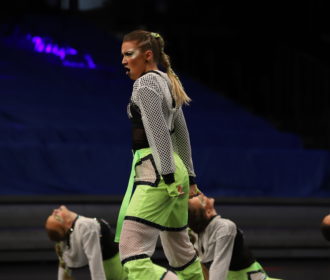